What is Bullseye Pistol?

Bullseye pistol matches are fired on bullseye paper targets (thus the term bullseye) at distances of 50 feet or 25 yards indoors with outdoor matches fired at 50 yards (slow-fire) and 25 yards (timed and rapid). The element of bullseye which makes it unique from other forms of pistol competition is that bullseye is always fired one-handed. The challenge of shooting one-handed is what attracts and holds a dedicated following to bullseye. The strength and skills needed for these matches are acquired with regular training, practice, and competitive shooting.

Another of the attractions to bullseye is that it is a sport for a lifetime. The optical sights (scopes and red-dot sights) that are allowed keep shooters active well into their senior years. The average age of bullseye shooters is a little higher than that other shooting sports. The patience and work ethic required to master the skills often are not present in the “young”. It is not uncommon for people to shoot their best scores in their 50s, and even 60s.

Women and junior shooters fire the same course and guns as men. If the number of women and juniors warrant, separate categories are provided. NFGA has several very good women bullseye shooters.

Another form of bullseye competition is in league format. NFGA runs an excellent indoor winter bullseye league for .22 and center-fire pistols with weekly firing at 25 yards. When we have enough interest in the club, we field a team for the NH Indoor Pistol League which fires weekly 50 ft team matches in a postal format. In the spring we also conduct a great outdoor league.

Some of the common .22s used in bullseye are the Ruger MKII, Buckmark Target, S&W M41, and High Standards. The center-fire guns are often 1911-pattern .45s, S&W M52s, or European .32s. In the .45 stage, the 1911-pattern guns dominate. While they are a challenge to master, revolvers can be used and are the choice of some.

Bullseye pistol is unique to the US and matches are shot under NRA rules for conventional pistol. Most tournaments and many of the leagues are NRA-sanctioned.

People interested in trying bullseye competition should not be too concerned about there shooting ability. As long as you are safe and enjoy shooting you will do fine. Lots of help and encouragement are provided by your fellow shooters.

If you would like to try bullseye pistol, contact the  Bullseye Pistol Governor. We can provide trial guns and equipment, a little coaching, and a lot of free advice. 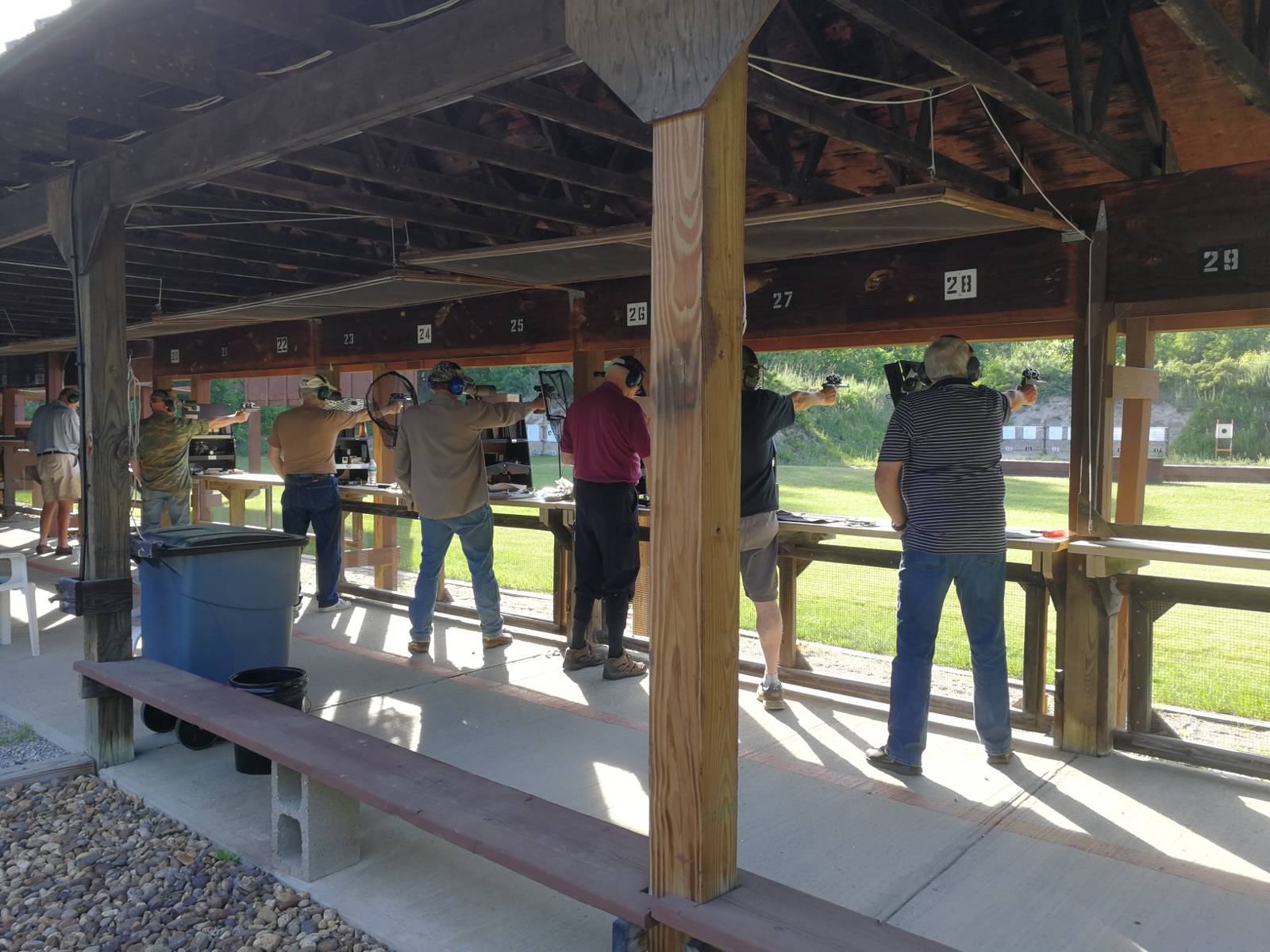